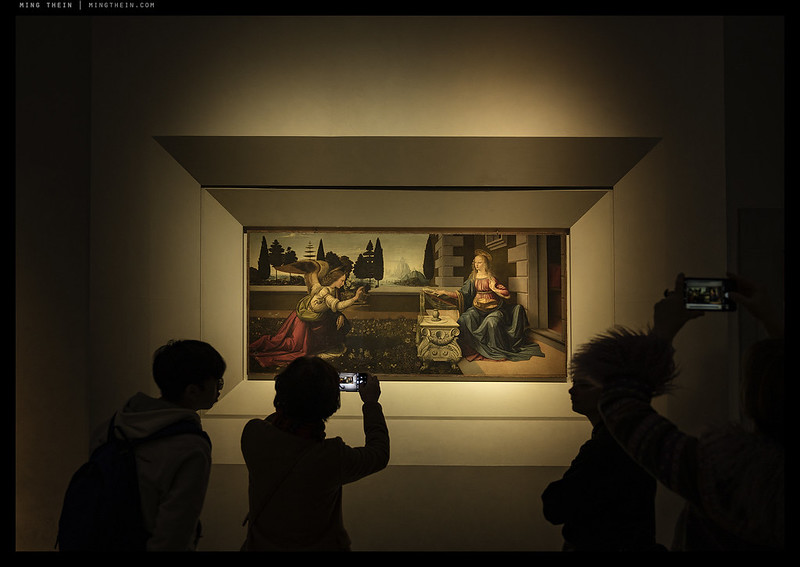 “Creativity” is a term we hear increasingly thrown around and applied to things that perhaps are both not obvious immediate recipients, and simultaneously perhaps the most needing of such treatment. Ask any non-creative person what they think it means, and immediately unstructure, randomness and perhaps some whimsy come to mind. If you ask a creative person, especially a prolific one, it’s probably the complete opposite. I’m going to take a balanced attempt at tackling this from the point of view of a creative person forced to be uncreative for a good chunk of my career, and who’s now finally spent about equal amounts of time doing both. So where does the truth really lie, what does ‘to be creative’ really mean, and why is any of it important?

Uncreativity is perhaps the easiest thing to define: it means taking what has already been done and accepted, and doing the same thing. Not trying to do anything differently, not having any curiosity over why things must be the way they are, and not feeling that fundamental burning need to ask ‘what if’? It means never having to operate outside of a comfort zone or encountering something where the solution isn’t a google search away. Not taking any risks means both little chance that things could go wrong or fail, but also even less chance of expecting a different or better outcome. This is the path most people take because risk means cost which in turn might make the key difference. in survival for some. It is the easiest path because it doesn’t require an individual to fight societal norms and conventions. I did this for the better part of ten years, and hated every day of it because inevitably I would ask the burning question “why does it have to be done this way when there is an obviously better or easier way to achieve the same outcome?”

I believe creativity is really two parts: curiosity and the ability to not just ask “what if?”, but also use some foresight to imagine the potential outcome. One has to be curious enough to want to look beyond the information that already exists; continually curious enough to collect all of this new information, and then put seemingly disparate pieces together into something else. The result of the latter is what most people think of as ‘creativity’, even if in reality it is a much more complex and continuous process than this. It’s a bit like Lego: you can make something according to the instructions provided in the box, or you can use the same pieces to make something else. That something else may or may not use all of the elements available; just as you might require elements from another set to complete your idea. Or you might choose to improve on the end result of the instructions by changing things along the way. All of these outcomes require taking fairly interchangeable pieces and combining them in a way that isn’t necessarily obvious or prescribed.

Lego, is of course perhaps the most obvious example because it’s a closed system in which it’s clear that following the ‘standard’ path yields one particular outcome; just as deviating yields a very different outcome. But expand that metaphor to the point where the elements aren’t obviously related and have neat standard connections, might or might not be dynamic or transient, aren’t necessarily physical or in the same medium, and the instructions are missing pages and written in multiple languages – and there you have life. I’m sure you can see how it’s possible to have creativity within a particular sphere (say, music, or painting, or engineering for example) – just as it’s possible to bring in elements from outside those disciplines to provide solutions to problems or extend capabilities beyond conventional thinking – e.g. biomimicry in engineering to make light and strong structures, or using painting techniques in photographic retouching. The better a person is at making these cross-disciplinary connections, the more creative they tend to be.

Personally, when I’m designing watches these days I treat them as a three dimensional photographic composition, with light that could change – thus I still have a structured hierarchy of elements in which readability takes priority, but then I will also bring in the concept of layering, reflection, textural changes, etc. which require both two and three dimensional considerations, as well as choices of material etc. Inspiration and ideas might come from a particular quality of an object – perhaps weight and tactile feel of a vintage lighter; or the way light reflects off moving water; the feeling of lightness of a cloud; or the airiness and strength projected by architectural spaces or aircraft. There often isn’t a direct translation between one medium and another: you can’t directly use a flying buttress on a dial, for instance. Nor can you always employ reflections since there are restrictions in where you can place things due to ergonomics or underlying engineering requirements. And all of this is before we even consider production feasibility or cost! 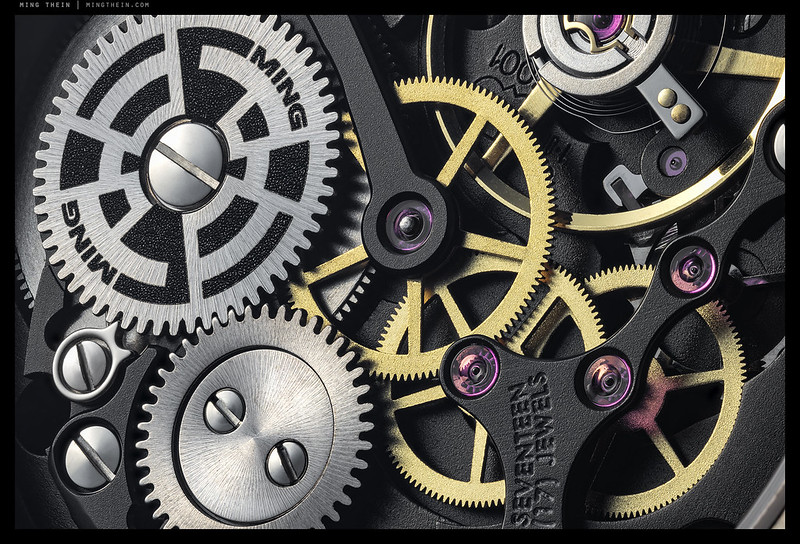 I redesigned the plates and bridges of this movement, but the movement itself provided the original (physical) constraints within which to work. I could have designed the entire movement, but the operating principles of the movement would have been defined by the industry standards and what is producible. I could design my own entirely from scratch – but even then I’d be subject to at very least the laws of physics and materials. See what I mean about derivative?

You would think that focusing one one thing would give you an advantage: I’d argue the opposite. Spending more time on one subject will give you depth and familiarity, but not the kind of breadth that allows cross-disciplinary jumps in logic that allows nonlinear advances in the original subject. I designed watches before I started shooting, but I became much better at it afterwards – and specifically, after being able to decompose exactly what about the images I liked could be translated into a something from a design point of view. It all once again boils down to the need to ask the question: “what if?” Curiosity is the start; it drives both information collection and questioning what happens when pieces of information are combined. The combination and evaluation process is creativity. In this way, creativity is never about making something out of nothing: it’s always derivative in a way, even if ‘more creativity’ means a more distant derivation: 1+1=5, instead of 1+1=3.

I suspect curiosity is something innate to all humans, but the degree to which it gets deployed is very much at the mercy of both information acmes sand the people around you. I’ve never seen a child that hasn’t gone through the ‘but why?’ phase of questioning; but I have seen a lot of adults give dismissive answers because they themselves are not curious or don’t know the answers – and can’t be bothered to find out. Do that enough, and you’ve conditioned yet another person never to ask why. Entire governments encourage this by punishing dissent; society makes it difficult if you stand out by leaning on everybody’s fundamental desire for acceptance and companionship; yet the same groups of people question why there is no economic progress or creative progress and worship those who are different but financially successful. I’d argue that the deck is doubly stacked against people who make it because in addition to the challenges of simply doing something that might not have been done before, you continually face roadblocks from society or governments who do not understand whatever it is you are doing, and default to either fear or ‘not my problem’. I have personally faced this more times than I care to remember, especially in Malaysia.

Frankly, there really is no excuse (at least for the current generation) in today’s Information Age where the answer to any question is a search string away. You don’t even have to ask somebody, thus removing risks of social backlash. I think at some level we are seeing the effects of this, but not enough. Ultimately, creativity matters because if we don’t have at least some proportion of the population that asks why – we will not just live in a static society, but an entropifying one; if there is no way to repair something that has deviated from any sort of previous expectation or experience, that something simply ceases to be. Eventually, everything in the world will succumb to entropy, and there will be nothing left. If nothing else, we need curious people to keep the effects of plain entropy at bay; we need even more for society to acquire the headroom it needs to progress intellectually and emotionally beyond merely chasing basic needs in a never-ending cycle. Fortunately, for those of us who have had the proverbial lightbulb – it’s not something you can switch off. We keep doing it because just as people have been conditioned to accept and not ask, we’ve been conditioned to always ask. MT

Visit the Teaching Store to up your photographic game – including workshop videos, and the individual Email School of Photography. You can also support the site by purchasing from B&H and Amazon – thanks!

Knowledge is for sharing: