One of the biggest challenges beginners face when getting into astrophotography is taking in-focus photographs with clearly defined round-stars.

In fact, it’s fair to say that “freezing” the stars is a bit of an obsession among those in the astrophotography community. From down on the ground looking at the sky, you’ll notice in your images that the night sky appears to move. Attempting to capture a starry sky image on a fixed tripod with a long exposure often ends up with star-trailing. 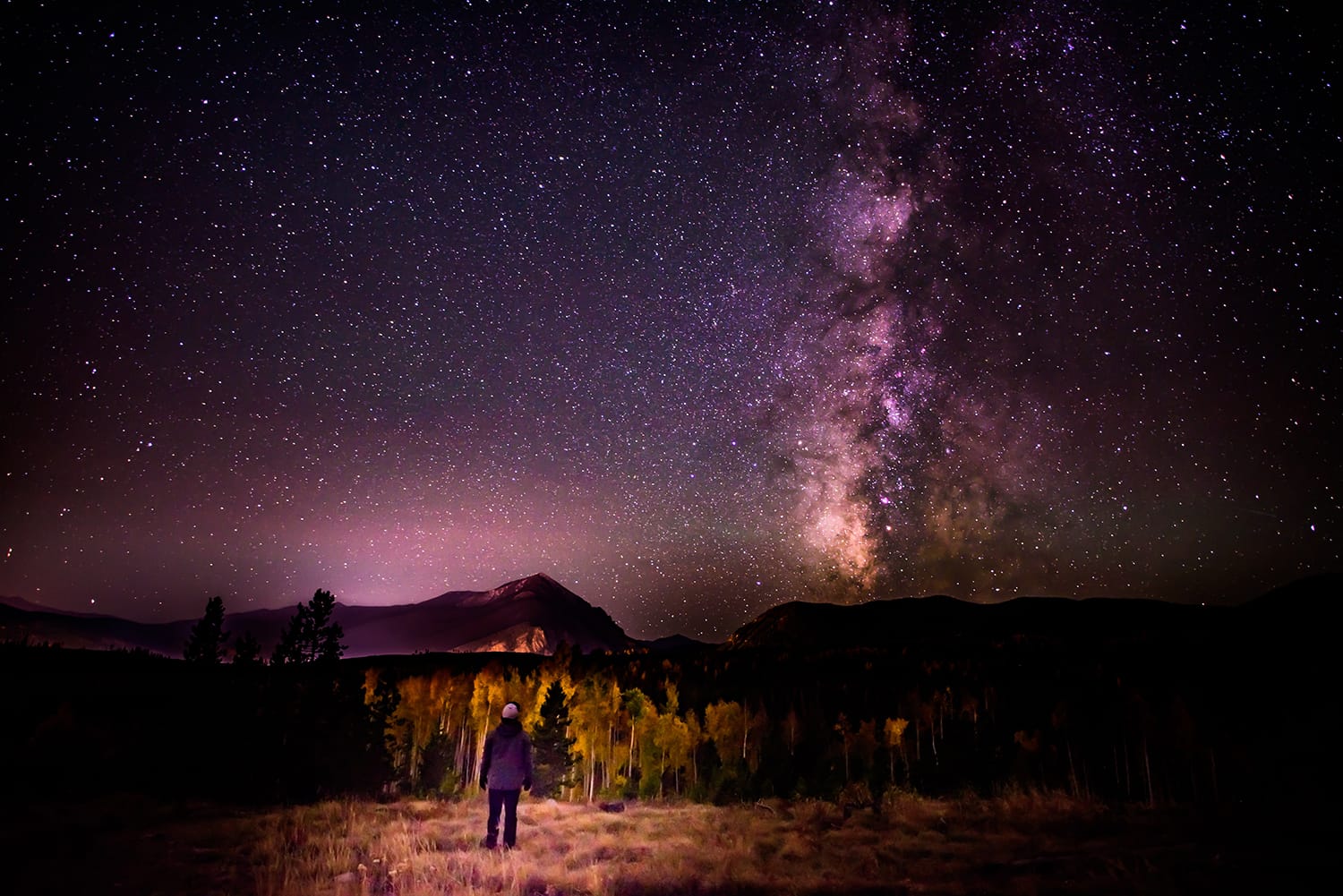 Before we get into anything to do with the 500 or 600 Rule, it’s essential to know that we make certain assumptions about the kit you’re using: mainly, that you’re more of a beginner than an experienced astrophotographer.

If you’re using an entry-level DSLR, the 500 Rule will be particularly useful for you. However, if you’re using a high-resolution sensor with 30+ MP, you might want to try the 600 Rule or even look into the NPF Rule.

The rule also only applies if you’re using a stationary tripod (most enthusiast astrophotographers probably will be). If you’ve invested in a tracking mount, then the 500 Rule won’t help you.

What are star trails?

The entire reason for using the 500/600 Rule is because of star trails.

In astrophotography, the purpose is to try to freeze the stars as clearly and accurately as possible to give you a crisp and clear image of fat round stars. 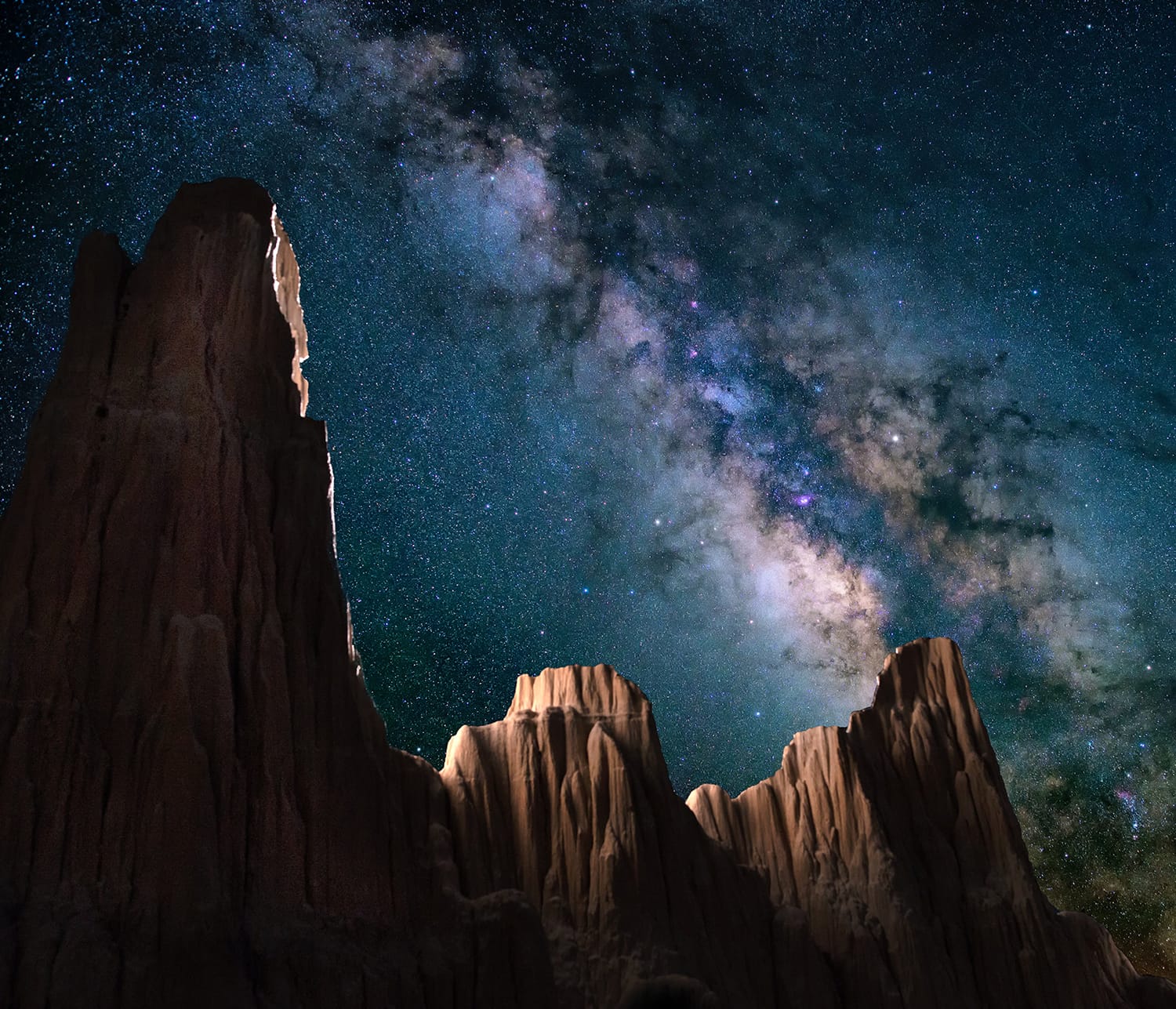 As they sound, star trails are when the stars have moved during your exposure and left you with lines rather than dots. We’re not saying anything against star trail photography – you can get some stunning shots this way, but it’s frustrating if those aren’t the images you’re trying to capture.

However, help is at hand! If your mission is to capture a crisp, clear shot of the Milky Way, rather than simply clicking and hoping that you get it right, the 500 Rule can cut out a lot of trial and error and pre-photography prep. 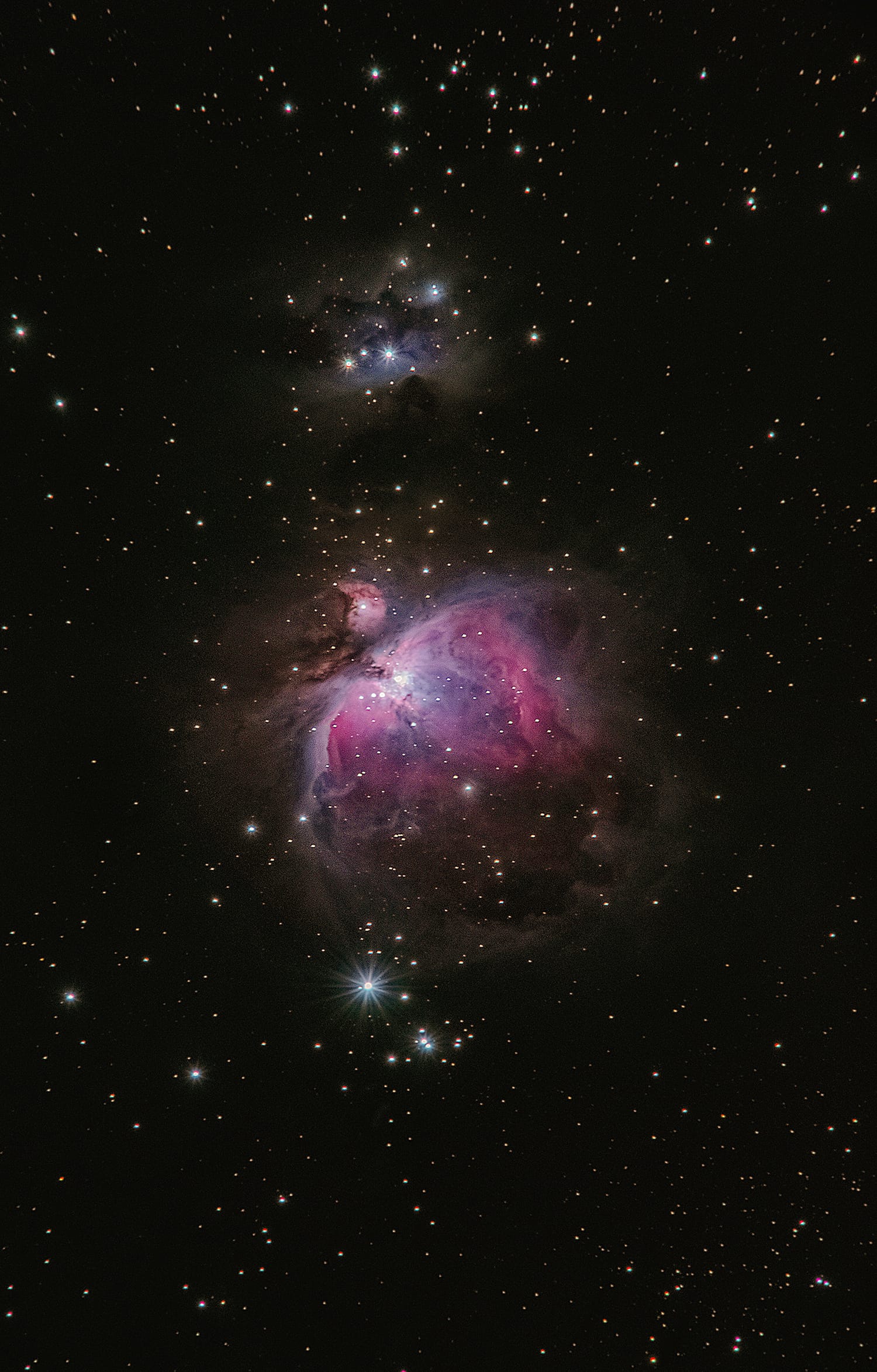 The Science Behind the 500 Rule

The straightforward mission of the 500 rule is to help photographers get an approximate idea of the longest possible shutter speed you can have before the movement of the stars becomes obvious.

When you’re looking at the stars, it’s easy to forget that the world is continuously moving. In fact, the sky rotates around 0.0042 arc degrees per second – or in plain English, a full 360 degrees in 24 hours.

If you typically access your photographs on a computer screen, it may not bother you that the dots aren’t as stationary as you hoped. Of course, you’re only likely to notice this when you zoom in to 100%, and it is rarely apparent to the naked eye.

However, the 500 Rule was developed by astrophotographers using film cameras, who often wanted to produce large-scale prints and reproductions of their art. While a small pixel movement might look negligible on a screen, once you’re dealing with a bigger canvas or image, you’ll find that the trails become more prominent (and frustrating).

So the 500 Rule was born to help photographers work with the rotation of the earth, rather than being thwarted by it. To those pioneering photographers, we thank you – and once you have an idea of how to use the 500 Rule for your photographs, we’re pretty sure you will too. 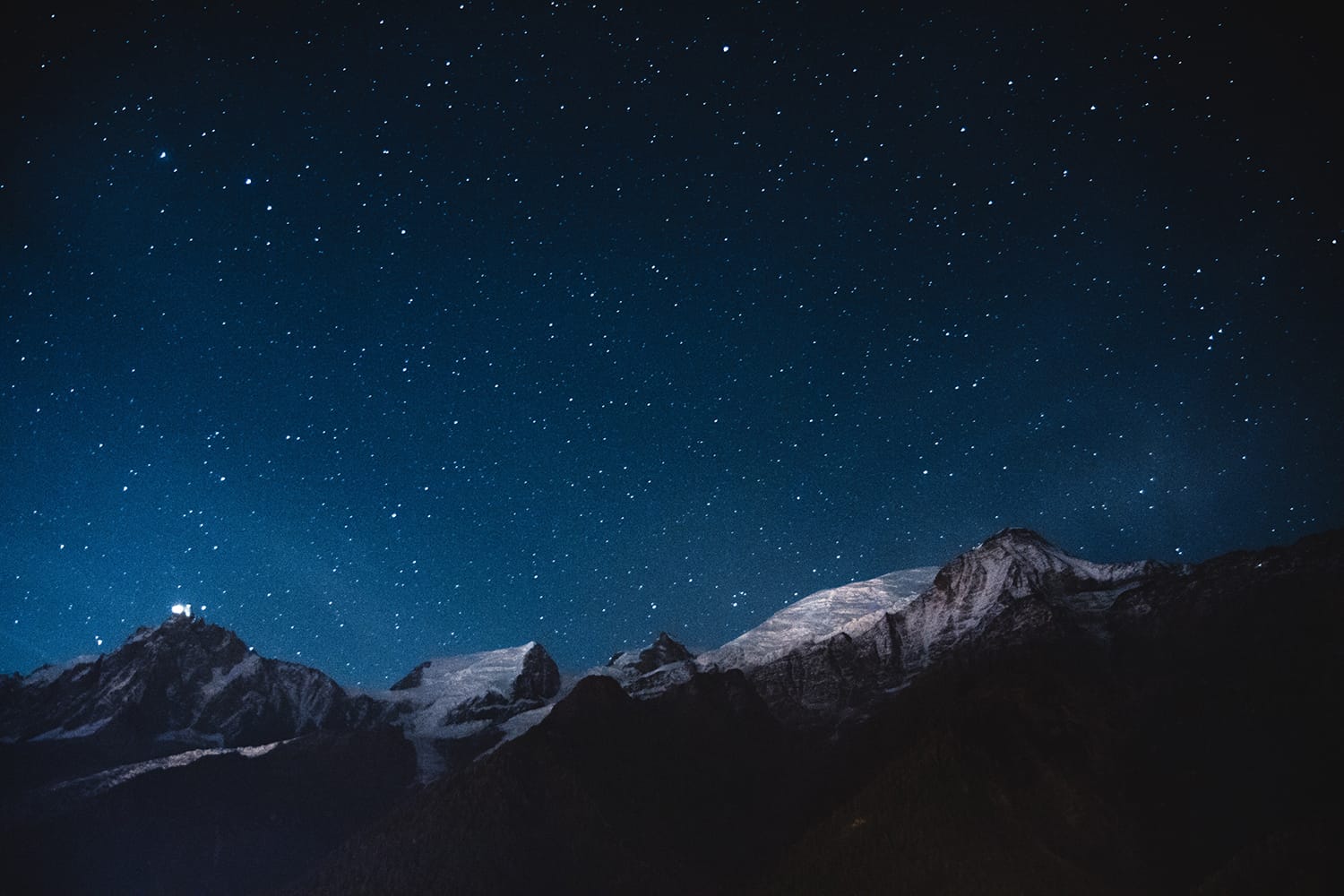 So, let’s get into the nitty-gritty for the 500 Rule. For starters, it’s important to mention that it’s less of a rule and more of a guideline – so don’t be afraid to make changes that suit your particular gear and set up.

However, as a useful starting point, you should find it makes a massive difference to your star photography quality as your stars should, in theory, stay sharp to the edges of the field.

That’s because the rule lets you discover your maximum exposure time before stars start to blur or star trails start to happen. When you set your shutter speed for longer than your 500 Rule, you’ll begin to see blurring or star trails. (This is also particularly useful if you’re trying to get star trails – you know your minimum exposure level.)

The bad news for those of you who don’t like math is that it involves some calculations. The good news is that it’s not particularly complicated. Depending on how you like equations, we’ve made an effort to break this down. 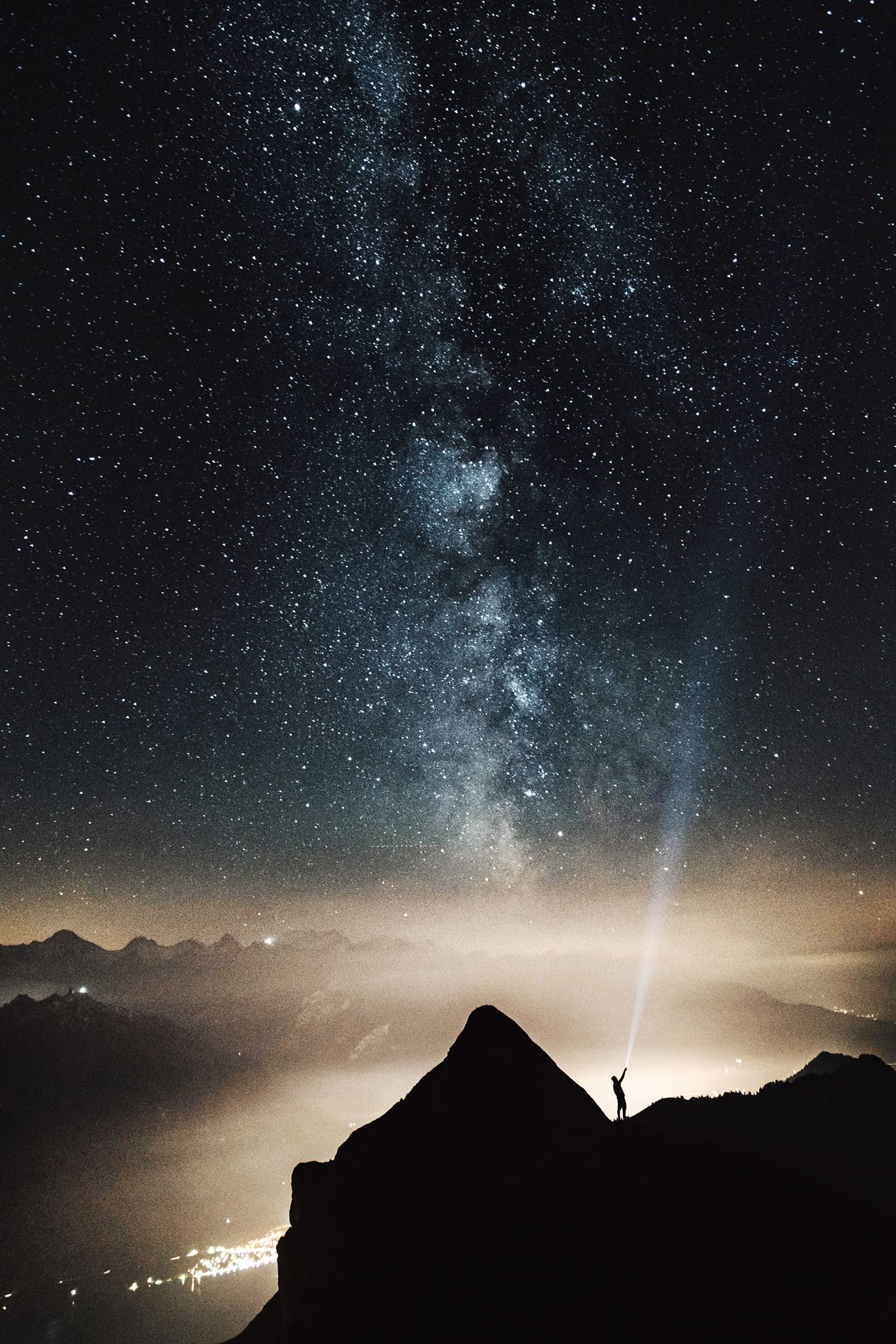 500 divided by the product of your crop-factor (the ratio between your sensor and a full-frame) x Focal Length (in millimeters) = the Ideal Shutter Speed.

If you’ve broken out in cold sweats about working out your numbers, fret not; we’ve got some examples for you.

So, for example, if you’re using a Canon EOS 60Da with an f/1.8 lens, this is how your equation would look:

So if you were trying to avoid star trails using this rig, you’d want to limit your exposure to around 6 seconds each to prevent star trails. 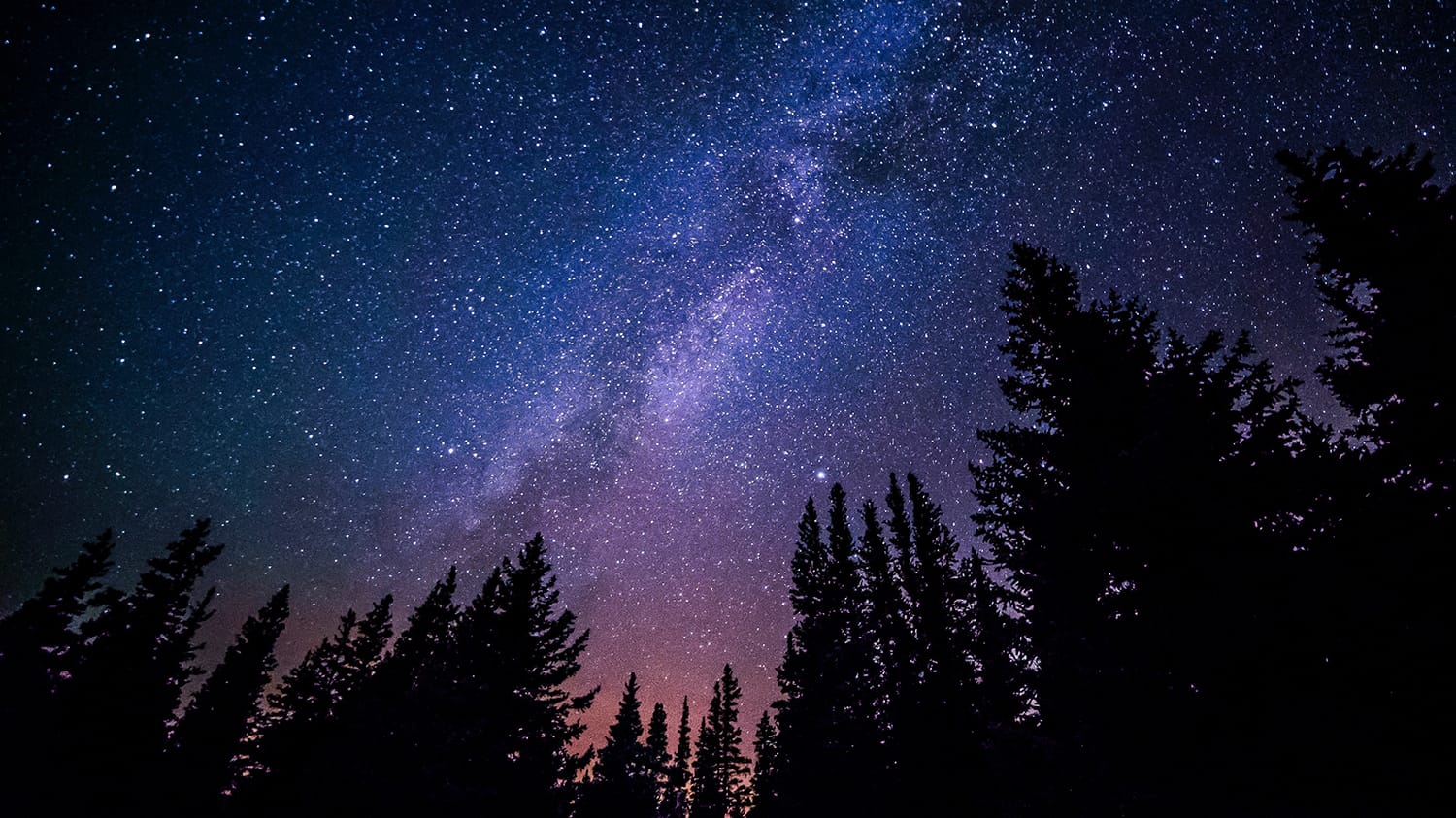 Your crop factor is dependent on your camera, but we’ve got a list of the most common crop-factors below:

You may find that you need to play a little with the settings, but these numbers will help you work out the best shutter speed for your photography.

We don’t mean to be glib, but the 600 rule involves precisely the same equation as the 500 rule, just with a different number.

Essentially that means that you won’t change anything else about your rig, but you’ll be producing a slightly longer exposure time.

So in the case of your equations, it’s going to look like Shutter Speed = 600 / (Crop Factor x Focal Length)

If we look back at the example of a Canon EOS 60Da camera and the 50mm f/1.8 camera lens, the equation is going to look like:

If I were to apply the 600 rule, I’d be looking at a shutter speed of under 7.5 seconds to get the best effect. But as with the 500 Rule, this is a generalized rule of thumb and might need some more tweaking depending on your gear. If you’re using a Nikon or Canon with their crop sensors, you’ll need to factor in the crop sensor value to get a useful equation.

While there’s more to astrophotography than knowing how to use the 500/600 Rule, it’s a great entry point for taking your first successful photographs of the stars. It limits the amount of gear that you need to invest in to start taking some phenomenal pictures.

By understanding the process, you can deepen your knowledge of your particular gear and go about the joy of capturing these celestial moving targets.

For even more advice and tips, make sure you get your copy of the Cameras in the Wild ebook!